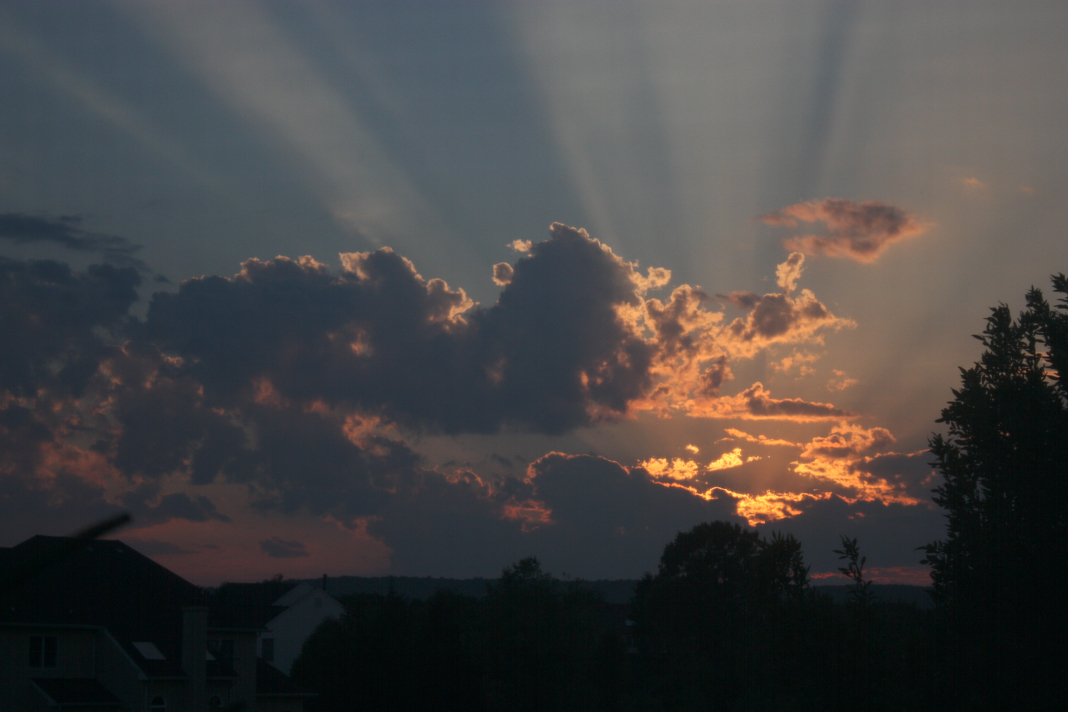 Lots of stars; one plane; no meteors!

One of many seagulls.

Sunset over the bay.

Click on image for more pictures from La Palma.

And, at 6:01 pm, I took this picture of the almost full moon rising in the east:

On March 19, 2011, I took this picture of a Mercury and Jupiter setting in the west just after sunset. (Move mouse over image for pointers.)

On the night of February 22, 2011, I took this picture lookin out my bedroom window.

On July 11, 2002, I had a picnic at my house. An hour or two before sunset, we saw a rare event---a rainbow straight over head. Actually, such a thing is correctly refered to as a circumzenithal arc. Coincidentally, Richard Gott was not at the picnic but saw the same event and took pictures of it:

On July 5, 2008, I took this picture of the Sun setting over Lake Michigan:

This picture might not seem like much. But, in fact I was able to use it to show that the Earth is not flat. Details are here:
http://www.orfe.princeton.edu/~rvdb/tex/sunset/ms.pdf.